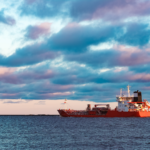 we specialise in management of chartering, brokering and post fixture services to the offshore  maritime industries. 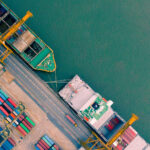 Atlantik Denizcilik is a very well know commercial management company by most of the ship freight sector with high ranking of management abilities and score.

Atlantik provides commercial management service to its clients if requested with a worldwide network which includes chartering, brokering and post fixture services. 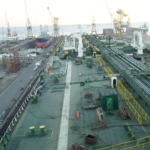 It has been three decades passed since Atlantik was founded on 1984 by Captain Ahmet Ali Ağaoğlu. During the course of time company had significant roles in industry such as ships supplier, dredging contractor, ship builder and ship manager.
Since 2008, Atlantik is a very well know chemical tanker manager by most of the oil major companies with high ranking of management abilities and score.
A fleet consisting of 5 high standard young chemical tankers and new projects, Atlantik will continue to play its important role in chemical tanker market.
Achieving 70% long term TC employment comparing to total fleet shows the accuracy of the path followed.

© 2022 Atlantik Denizcilik - Magnet İstanbul / All rights reserved
We use cookies on our website to give you the most relevant experience by remembering your preferences and repeat visits. By clicking “Accept All”, you consent to the use of ALL the cookies. However, you may visit "Cookie Settings" to provide a controlled consent.
Cookie SettingsAccept All
Manage consent

This website uses cookies to improve your experience while you navigate through the website. Out of these, the cookies that are categorized as necessary are stored on your browser as they are essential for the working of basic functionalities of the website. We also use third-party cookies that help us analyze and understand how you use this website. These cookies will be stored in your browser only with your consent. You also have the option to opt-out of these cookies. But opting out of some of these cookies may affect your browsing experience.
Necessary Always Enabled
Necessary cookies are absolutely essential for the website to function properly. These cookies ensure basic functionalities and security features of the website, anonymously.
Functional
Functional cookies help to perform certain functionalities like sharing the content of the website on social media platforms, collect feedbacks, and other third-party features.
Performance
Performance cookies are used to understand and analyze the key performance indexes of the website which helps in delivering a better user experience for the visitors.
Analytics
Analytical cookies are used to understand how visitors interact with the website. These cookies help provide information on metrics the number of visitors, bounce rate, traffic source, etc.
Advertisement
Advertisement cookies are used to provide visitors with relevant ads and marketing campaigns. These cookies track visitors across websites and collect information to provide customized ads.
Others
Other uncategorized cookies are those that are being analyzed and have not been classified into a category as yet.
SAVE & ACCEPT